In this short article we’ve outlined the different flight options to Kilimanjaro.

This article is most relevant to United Kingdom and United States readers, but can equally be used by Europeans and travellers from Southern Africa, Australia, Asia and South America.

The airport, shown on the map below, is situated south-west of Mount Kilimanjaro National Park and is nearly equidistant from the two main towns, Arusha and Moshi.

Most trekkers spend the night before their Kilimanjaro climb in Moshi, which is about a 45 minute drive from Kilimanjaro International Airport. 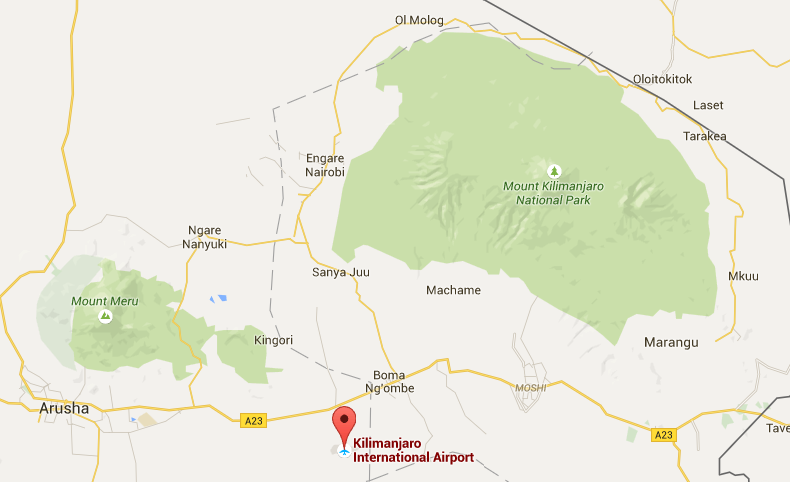 It is possible to fly into Arusha airport, but this is a small domestic airport that only receives internal flights and a few connecting flights from Kenya.

Sadly there are not many direct International flights to Kilimanjaro International Airport (JRO), and none from the United Kingdom or United States.

Most Convenient Flight to Kilimanjaro

The most affordable, yet convenient flight for most prospective trekkers from the Northern Hemisphere is to fly from Amsterdam on a direct KLM flight to Kilimanjaro.

This flight departs Amsterdam around 10:00am everyday and arrives at Kilimanjaro International Airport around 20:30pm the same day.

KLM often run deals on this flight, which can be found here.accessed he 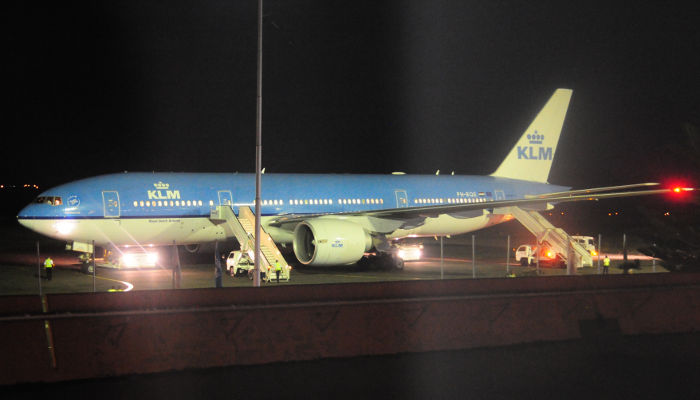 Review KLM flight It is also worth checking out flight aggregators, like Flight Network.

Flights to Kilimanjaro (other options)

In terms of indirect flights to major African airport hubs near Kilimanjaro International Airport, your best option is either Kenyan Airways or Ethiopian Airways, who both operate routes from major United Kingdom, United States, European and some Southern Hemisphere airports.

These flights go via Nairobi (in Kenya) and Addis Ababa (in Ethiopia) respectively.

Once at these airports it is relatively easy to catch a connecting flight to Kilimanjaro International Airport. Connecting airlines include Kenyan Airways, Precision Air and Ethiopian Airways.

A major downside of this route are the long delays and more worryingly, some reports of lost or delayed baggage, which can really mess up a trekking schedule.

British Airways operate a route from London, UK to Nairobi, but this flight tends to be quite expensive.

Your best option for flights rom London to Kilimanjaro is KLM via Amsterdam. Alternatively you can fly Kenya Airways to Nairobi and connect to Kilimanjaro, or Ethiopian airways to Adds Ababa. British Airways also flys to Nairobi.

From Southern Africa there are many airlines that will get you to Nairobi, Dar es Salaam or Addis Ababa including South African Airways, Kenyan Airways and Emirates.

A new international route direct to Kilimanjaro International Airport is operated by Qatar via Doha. For Brits living near London or Manchester this can work pretty well as there is an option of travelling from both UK airports to Doha. The route also works well for trekkers living in the Middle East, India and Eastern Europe. Unfortunately layovers can be quite lengthy.

Finally, Turkish Airlines are the newest operator with direct flights to Kilimanjaro.

Flights are via Istanbul, which is great for anyone living in Europe or the Middle East.

The flight times however, are rather anti-social, with the flight arriving at Kilimanjaro at 02:00am and departing, if you are taking the same airline back at 03:00am!

Prices tend to be cheaper than other airlines though, so this option may be worth considering if you are on a tight budget. However, with an arrival at 02:00am, any gains in a cheaper flight will most likely be lost in the cost of an extra hotel night that will be required unless you want to tackle Kilimanjaro jet-lagged and sleep deprived (not recommended!!). This route doesn’t run every day either.

So there you have it. There are a few options for flights to Kilimanjaro, but all, except arguably the KLM flight from Amsterdam, are a little inconvenient. That being said, the pain of travel is far outweighed by the pleasure of reaching the Roof of Africa!