It is possible to trek Kilimanjaro all-year-round. However, certain months are characterised by colder weather, more rain and potentially more snow on the summit.

In this article we provide a brief outline on the two trekking seasons that are the best time to climb Kilimanjaro.

Kilimanjaro’s weather is heavily influenced by the interaction of trade winds with the structure of the mountain.

The South-east trade winds travelling over the Indian Ocean carry loads of moisture. When they hit Kilimanjaro, around March, then are forced upwards where they condense, form clouds and precipitation. This means March through to May is the wettest season on Kilimanjaro. The southern slopes are particular susceptible to rain during this time in the year.

If you are confined to a trekking date in April or May we suggest you consider the Rongai route, which departs from the Northern end of Kilimanjaro and is generally drier than the southern route options during these months.

Anti-trade winds from the North-east carry very little moisture but blow strongly. The strength of these winds which last from April through to October keep the South-east trade winds below them, hence these months are usually dry and cloud cover and precipitation is generally restricted to the lower slopes.

There are two distinct trekking seasons which constitute the best time to climb Kilimanjaro. They are January-March and June-October.

January-March is generally colder than June-October and there is a higher probability of encountering snow on the summit. For some this might be seen as a negative, but the benefits of a January-March trek is that the slopes are often quieter at this time of the year.

The June-October trekking season coincides with the summer holidays in Europe and N.America and hence certain routes are often quite busy.

March, April and November are the wettest months on Kilimanjaro, and not ideal of trekking.

Snow fall and cold temperatures are common during December-May. 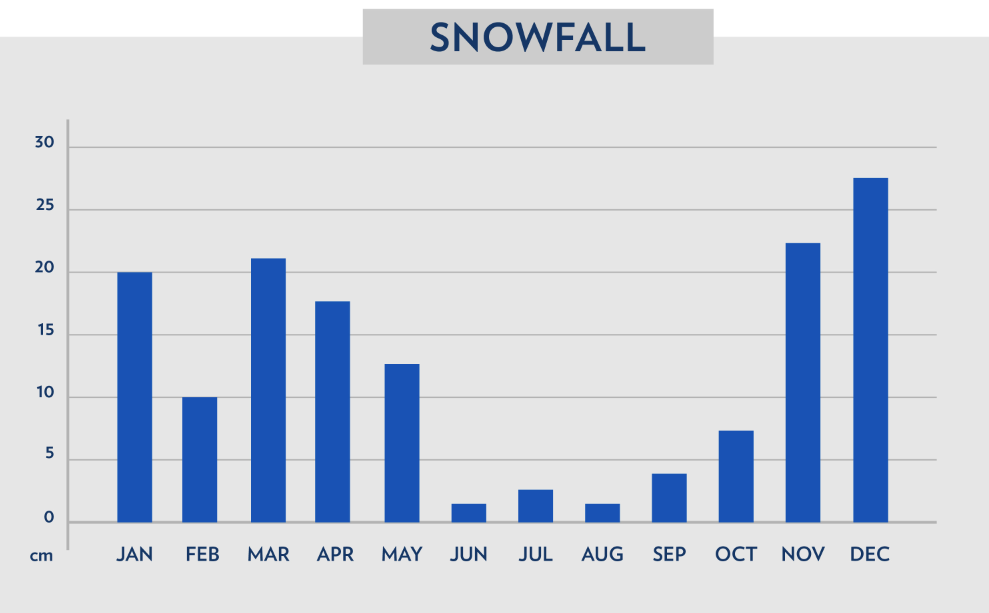 Another factor that is important to consider is the variation in weather conditions as you ascend Kilimanjaro.

There are four distinct climatic zones on Kilimanjaro.

Although the summit temperature doesn’t sound too cold, wind chill is a major factor. You are almost guaranteed relatively high winds.

Moreover, the effects of cold temperatures at high altitude are more pronounced as your body expends more effort trying to get your skin and vital organs well-oxygenated in an oxygen depleted environment.

This results in vasoconstriction near the extremities (like your hands, feet and nose) and means that you will feel the cold a lot more at high altitude. In other words -6 degrees Celsius can feel like -20!

The chart below shows average monthly temperatures at four points across the climate zones. 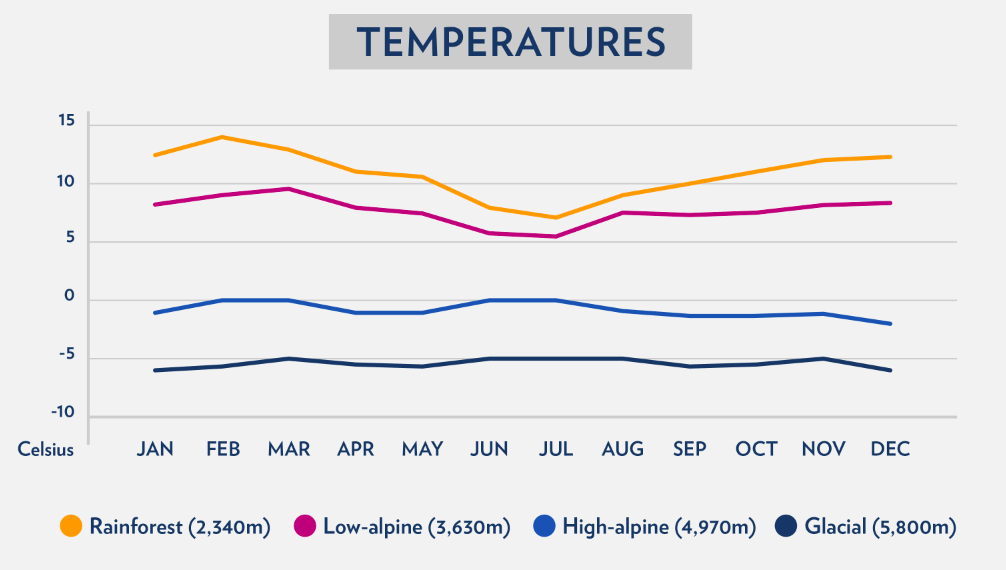 Still have questions on the best time to climb Kilimanjaro. Leave us a comment below and we will respond within 24hours.