Reaching the summit of Mount Kilimanjaro is no longer just a 'young man or young woman's game'. Now, the Guinness Book of Records has officially noted the extraordinary achievements of several older individuals who have successfully reached the Roof of Africa over the years.

Read on for some of the most inspiring stories about the oldest people in history to ever climb Mount Kilimanjaro.

Oldest Person To Climb Kilimanjaro - All Of The Official Candidates

Let's take a closer look at all of the individuals who garnered the official title of the oldest person to climb Kilimanjaro - from the current record holder to the very first record breaker in this category: 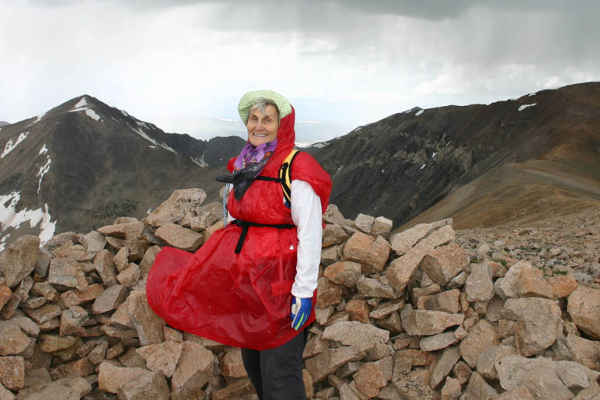 Lorimor originally climbed Kilimanjaro in July 2015, becoming (at the time) the oldest woman to summit the Roof of Africa at age 85.

However, her record wasn’t held for long before another avid hiker, Angela Vorobeva, summited Kilimanjaro in October 2015 aged 86 years and 267 days.

This record was shortly followed by Dr. Fred Distelhorst who in 2017 became the oldest person to climb Kilimanjaro at age 87.

Not to be deterred by these record-setting octogenarians, Lorimor set her sights on another summit climb this year.

She embarked on her journey from Paradise Valley, Arizona, to Tanzania earlier this month, and successfully reached the summit of Uhuru Peak (5,895m) on the morning of the 18th July 2019.

Lorimor’s summit bid got off to a shaky start as she fell just before the climb, and had pain on her side throughout the hike.

She took the only Northern approach to Kilimanjaro, called the Rongai Route. This is a relatively tough route with a steep final ascent that challenges even the hardiest of adventurers.

Despite the injury, the retired university instructor managed to push on through, digging deep to find the reserves to summit Africa’s highest peak.

Although not a professional mountaineer, her aim as stated on her website says: “If I combine my love of climbing mountains with my passion for helping kids, what could be better?”

We are super impressed with Anne’s achievement and can only hope she holds onto this record for many more years to come! 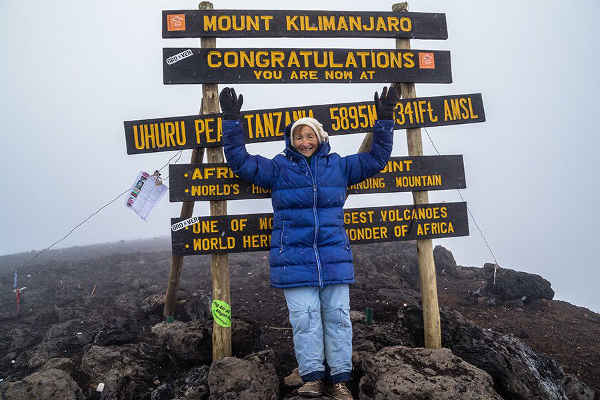 Angela Vorobeva has become the oldest person to climb Kilimanjaro, aged 86 years 267 days. Vorobeva was born in Russia on the 4 February 1929.

The team spent an hour at the summit celebrating the incredible achievement and appreciating the amazing views and scenery at the top of the Roof of Africa.

According to an interview she gave with Altezza (the company responsible for the trek), the summit push took 13 hours. Vorobeva complained of suffering from fatigue but managed to find the reserves and inspiration to push herself to the summit.

Her vital signs were excellent throughout the trek, with an oxygen saturation level of 89% and pulse rate of 70 near the summit.

Vorobeva lamented that the idea of turning back was never an option. At 4,000m, she claims to have danced the tango with her guide, and at 5,000m experienced an incredible sunrise!

“The date for conquering Kilimanjaro was chosen for a reason”, Vorobeva explained.

“80 years ago, I gave a promise to my sister Lydia that I would be travelling for both of us. My beloved sister was six years older than me, born in 1923. She died of pneumonia when she was only 12 years and 4 days old. I loved her dearly. It was her birthday on my summiting day. I dedicate this climb to her.”

Following the successful summit, the group descended to Mweka Gate (1,640 m), where we believe much celebration was had.

Talking about her preparation, Vorobeva said this: “I walk a lot and rarely have problems with blood pressure. Every morning starts with exercising and a cold shower. I guess that was my only preparation.”

Angela’s amazing feat has been officially recognised by the Guinness World Records, where she now holds the record for being the oldest person to climb Kilimanjaro!

Feel free to also read our humorous article on 83 Year Old Norma Brewer who faked her death On Kilimanjaro. 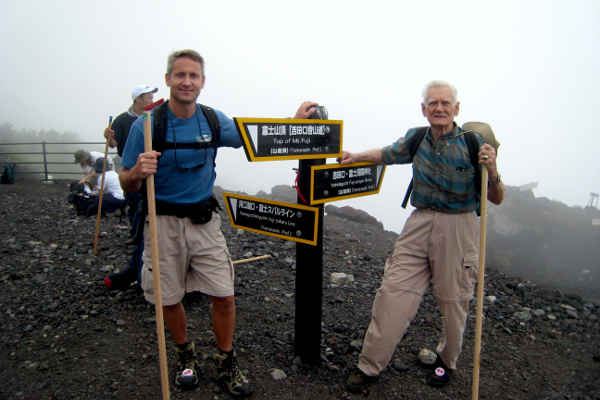 At 19,341 feet, Mount Kilimanjaro is the highest mountain in Africa. In contrast to most people, Wheeler probably prefers to round his age up. Wheeler proclaimed, “I wanted to demonstrate that older people can remain active despite health problems.” He certainly did that and became the oldest person to climb Kilimanjaro in the process. Guinness World Records has now acknowledged the deed.

Wheeler was accompanied by his son, William, who is known as Jack. The expedition commenced with a three-day, 20-mile hike via the Marangu route, which is the most popular route, and set up a base camp roughly 15,500 feet up Kilimanjaro. Two days were spent acclimatising before the nine-hour climb to the summit – what Wheeler called “the tough part.”

Wheeler, who hails from Webster Groves in Missouri, found this latest jaunt to be the hardest thing he had ever accomplished due to his age. He previously served in the army, reaching the rank of lieutenant colonel, and as a professor of psychology at Saint Louis University. He has three children.

The trip was organised by Adventures Within Reach of Boulder, Colorado, whose owner described Wheeler as “an inspiration … to all of us.” for becoming the oldest person to climb Kilimanjaro.

He saluted Wheeler for proving that with determination, people of any age can “put one foot in front of the other.” Wheeler returned the compliment: “Our guides did a great job, making it possible for us to summit.” Adventures within Reach, which specialises in customised and affordable adventures, also supported the previously oldest person to climb Kilimanjaro, Dick Byerly.

Wheeler has written a book, Mountains and Minds, which details his climbing experiences as the oldest person to climb Kilimanjaro, interspersed with details of research into why people pursue arduous tasks such as mountain climbing. His Kilimanjaro experience will make for an interesting new chapter in the second edition.

And that's a wrap on the Oldest Person to Climb Kilimanjaro article! These accounts are a reminder that age is just a number and that you're never too old to do remarkable things.