A wheelchair-bound grandmother got the last laugh when she penned her own obituary, which announced that she had died climbing Mount Kilimanjaro.

83-year-old Norma Brewer of Fairfield, Connecticut actually died from a stroke on January 27 2015. The obituary was published in a local newspaper and appeared on the website of a funeral home. It went viral and appeared on news outlets as far-flung as Australia.

Her family divulged that the prank was typical of Norma Brewer.

The obituary stated that Brewer’s daughter, Donna, her dog, Mia and her cats “came along at the last minute.” It added that Norma Brewer died without realising her life goal of reaching the summit but that she made it as far as the base camp. It was suggested that the cause of death was hypothermia, with Mia having devoured Brewer’s warm winter boots and socks.

Norma Brewer was confined to a wheelchair for the last year of her life. She wrote the obituary over a decade ago with the assistance of a friend. Her daughter remarked that the wheeze was “just typical mom,” who always told stories which were often untrue but which she considered funny. 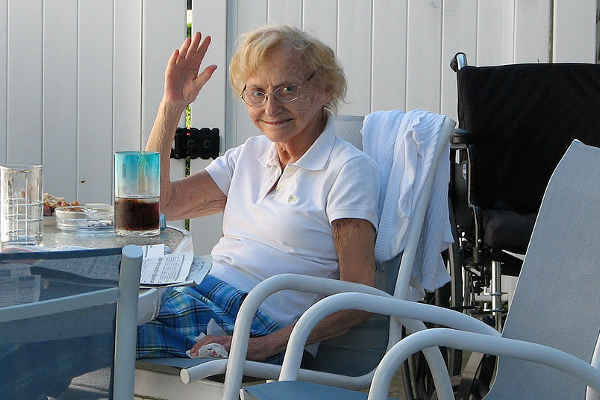 Norma Brewer and the touching impact of her fake obituary

Donna revealed that people unfamiliar with Norma Brewer were “bemused” but people who knew her were “laughing and saying, ‘Yeah, that’s Norma.”’ This latter was, of course, after worrying phone calls asking how her family could have permitted such a thing.

Brewer’s father was president and publisher of the newspaper, the Connecticut Post. Her son, Raymond, a television anchorman, termed her “a very generous person, a kind person” and praised her sense of humour. He revealed the obituary had possibly been intended to test the newspaper’s fact-checking. He called it “her way of having one last joke with the world.”

It was the family who arranged publication. Raymond intimated, “For someone who gave so much to us in our lives, it seemed a small thing to do to honour that last wish.” He stated that subsequent events would have amused his Ma, who would have been “getting a good laugh out of it.” If people smiled, he declared, “she would say, ‘mission accomplished.’”

This is not the first occasion on which a fake, humorous obituary has been released. Aaron Purmort perished from brain cancer at the age of 35 on November 25 2014. He had been the art director of an advertising agency. His obituary, published in the Minneapolis StarTribune, revealed that he was, in fact, Spider Man, who had waged “a years-long battle with a nefarious criminal named Cancer, who has plagued our society for far too long.” Authorship of the piece was perhaps indicated by the revelation that Purmort was “always the most fun person at any party.”

Obituaries can also be nasty. In September 2013, one that featured in the Reno Gazette Journal, told how Marianne Theresa Johnson-Reddick was “survived by her 6 of 8 children whom she spent her lifetime torturing in every way possible.”