Western Breach – The Most Challenging Route to the Roof of Africa

The Western Breach on Mt Kilimanjaro is the most technically challenging route to summit.

As the name suggests, the Western Breach sits on the western side of Kibo and is a gap to the summit that was formed hundreds of thousands of years ago by volcanic eruptions and lava flows from Kibo’s Crater (read: how Kilimanjaro was formed).

Due to its steep and rocky slopes, the Western Breach is considered a risky and dangerous route. It is however, the fastest route up Mt Kilimanjaro and is therefore quite popular with experienced mountaineers.

The Western Breach can be approached from many of Kilimanjaro’s routes, including the Lemosho and Shira Route in the West, and the Machame and Umbwe Route in the South.

The Umbwe Route is the most popular and demanding approach, as it is the fastest and most direct route up Mt Kilimanjaro. 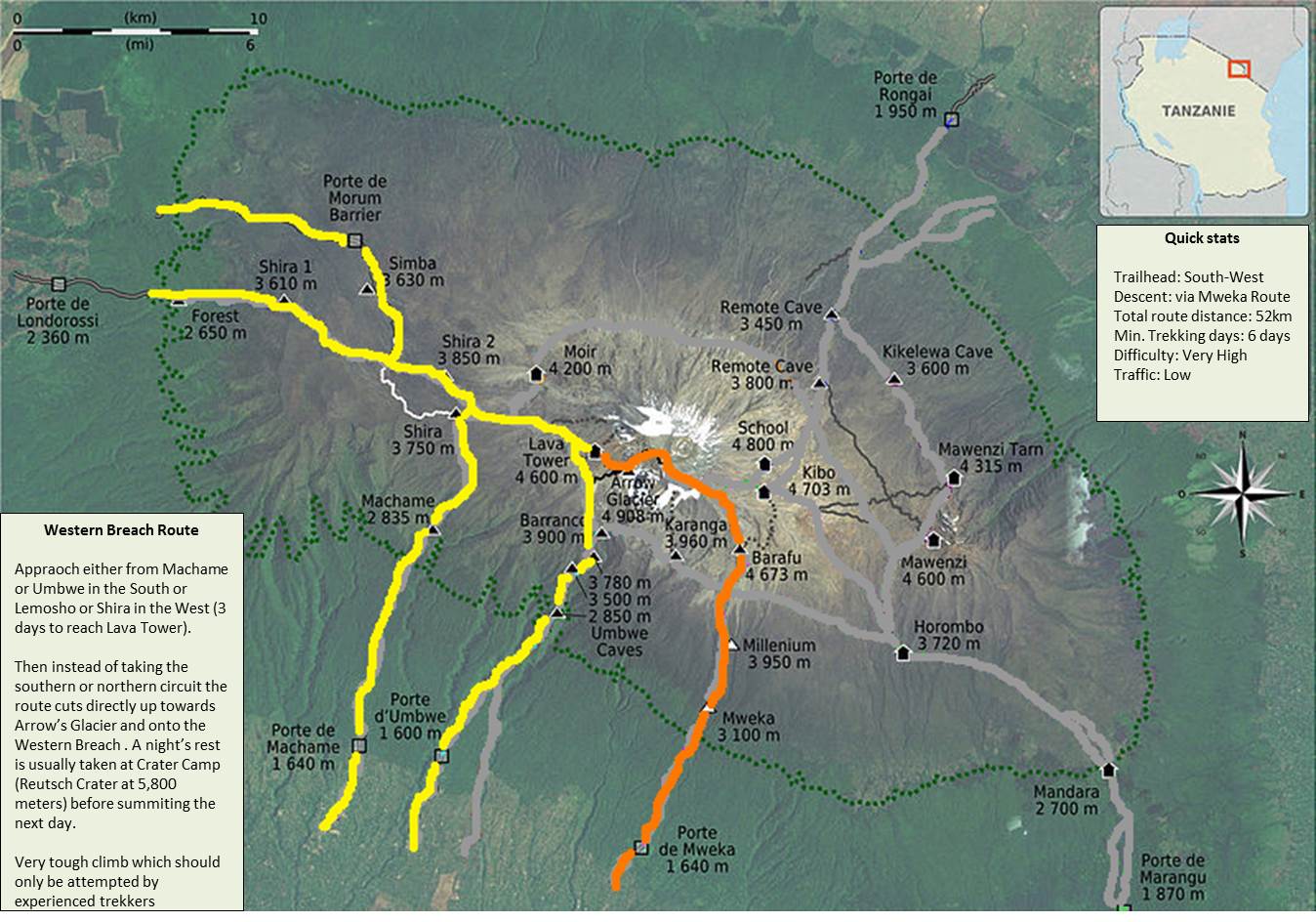 The Western Breach approach usually starts from Umbwe Gate at 1,600 meters and rapidly ascends to Barranco Camp at 3,900 meters, via Umbwe Camp (2,850 meters).

From here most trekkers would usually take the Southern Circuit to Karanga and then onto Barafu base camp to approach Kilimanjaro’s summit from the South East. 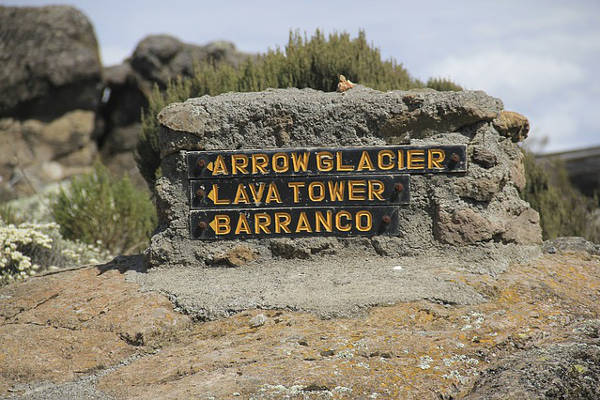 The fourth day is a steep scramble up to the Reutsch Crater (5,800 meters) where trekkers spend the night near one of Kilimanjaro’s last remaining glaciers, Furtwangler Glacier. This option, of spending a night at Crater Camp, makes the Western Breach quite appealing for experienced hikers and climbers.

Depending on route variation chosen, the Western Breach has quite a lot of exposure (Yosemite Decimal System Class 3 with some sections of Class 4). Learn more about these classes here.

Day five is a short trek from the Reutsch Crater to the summit of Kilimanjaro, Uhuru Peak (5,895 meters). Trekkers typically return down the southern slopes of Kibo to Barafu Camp (4,680 meters) and then onto Mweka Camp (3,100 meters) for their last night on Kilimanjaro.

We recommend spending an additional night at Lava Tower to aid the acclimatisation process and reduce the risk of altitude sickness. Sunrise, with the summit in the distance. Not far to go now!

The route is usually completed in six days and does not provide much time for trekkers to acclimatise. For this reason, the Western Breach should only be considered by trekkers with high altitude trekking experience.

In 2015, the Western Breach wall was used as the launch pad for Valery Rozov's successful Kilimanjaro base jump.

Is the Western Breach dangerous?

Yes, relative to the other routes up Mt Kilimanjaro, the Western Breach is the most dangerous option. It has sections of high exposure and steepness. You need to be comfortable with exposure, basic rope use, and rock scrambling. In high winds the route is susceptible to rock falls, which can and have resulted in hiker deaths.

Do I need technical climbing skills for the Western Breach on Kilimanjaro?

You don't need technical climbing skills, but if you've never done high exposure hiking with a fixed rope, then I would caution against doing the Western Breach.

What equipment do I need for the Western Breach?

Technical equipment on the Western Breach includes a climbing helmet, ice axe to cut steps and provide support in snowy conditions, and a fixed rope with carabiners. All this equipment is generally provided by your tour operator.

What accidents have happened on the Western Breach?

In 2006 a tragic accident occurred when a rockfall killed three trekkers on the route. Mount Kilimanjaro authorities closed the route briefly but it re-opened in late 2007.

In 2015, internet entrepreneur Scott Dinsmore was killed by a falling rock near Arrow Glacier.

Due to its high risk profile most tour operators do not offer treks using the Western Breach to the summit.

Other Kilimanjaro routes and helpful guides: