Some of Trevor Stokes’ students had never ventured beyond Vancouver, never mind British Columbia. The teacher changed that when he took 15 of his charges to Tanzania to climb Mount Kilimanjaro.

Streetfront and the remarkable work they do in Vancouver

He is employed by Streetfront, a non-traditional high school programme of 14 years’ standing that has featured in a number of newspaper and magazine articles.

Streetfront is located in one of Vancouver’s poorest neighbourhoods: downtown East Side. It develops the physical and moral strength of those who pass through: 40 percent of each day is devoted to intense physical activity. Every year, dozens of its kids train for two marathons. 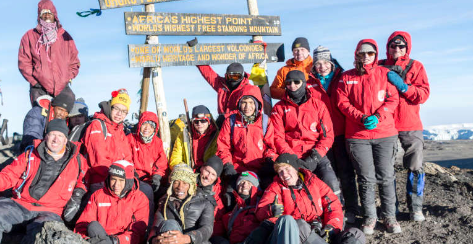 The success of Streetfront with these inner city teenagers is unparalleled. It is believed that this latest venture will inspire all those who hear the tale from the teens.

Stokes repined that his students had “sort of fallen through the cracks” and were no longer helped by the mainstream educational system. They miss out on the opportunities other students take for granted.

The Streetfront youth and their Kilimanjaro preparations

Three years of preparation were required for the trip – by students unaccustomed to looking more than three days ahead. Hence, as Stokes remarked, it was “pretty amazing” to even get them on an aeroplane. On Kilimanjaro, the jungle brought an abundance of unfamiliar sights: “monkeys … and orangutans and you name it.” This was, he jested, “quite a difference from East Vancouver.” 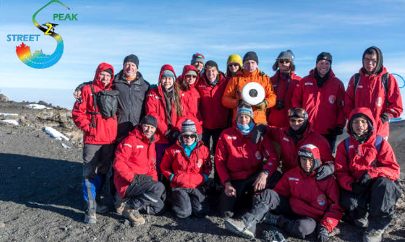 The teens had to adjust to the physical barriers they faced, which Stokes called “an amazing aspect.” They were introduced to fellow teens from the locality, broadening their horizons. The teenagers were obliged to work together to attain their goal of Mount Kilimanjaro’s summit.

Stokes spoke of how they put the group before themselves. And these were mostly “quite individualistic kids.” Stokes described “the power of the group” as “a wonderful thing to witness.” The teens will one day be a leadership cohort that will persuade those of their age group that it doesn’t matter where they come from; what matters is where they go.

The teens kept moving and didn’t give up, overcoming great challenges, until eventually, “There they were, at the very top of Africa.” Stokes’ tears froze due to the cold conditions on the mountain. More such trips are planned over the coming decade. Follow their progress here.