GoPro Kilimanjaro Style – Capturing An Experience Of A Lifetime In HD

Ever wondered what it would be like to capture your Kilimanjaro trekking experience using a GoPro Camera?

The first time I climbed Kilimanjaro I remember meeting a young Swiss chap who had what looked like a Smartphone strapped to his chest. I was immediately intrigued, thinking perhaps it was some sort of heart monitor.

It turned out to be a GoPro, a camera I had never heard of at the time.

He explained to me how the contraption worked and proceeded to tell me that he was going to capture every footstep up and down the mountain, which he would then edit and time-lapse into a killer ‘GoPro Kilimanjaro video’ (I kid you not, he used that exact terminology with a broad Swiss ascent).

I was amazed by his ambition but also slightly jealous – all I had with me to capture my first experience was a simple, point-and-shoot digital camera!

Unfortunately I failed to exchange contact details with him and have never got to see his footage. I have however seen some great GoPro Kilimanjaro videos on Youtube; this one shot on the GoPro Hero3+ from Addicted Media is particularly cool!

Review bargain prices for the GoPro on Amazon.

Here’s why I think the GoPro is the best piece of audio-visual technology on the market for capturing outdoor activities, bar none. And why I think it is perfect for Mount Kilimanjaro.

In the past the challenge of finding a camera, let alone a video camera, that could cope with the variety of conditions and intense activities that Kilimanjaro throws at one, was tough.

Combine that with the difficulty of actually using a camera when your hands are freezing, it’s snowing, you are walking and it weighs half a kilogram, and you can see that capturing a Kilimanjaro experience wasn’t easy 5 years ago.

With a GoPro the challenge of getting great footage whilst hiking up a mountain is not only easy, but fun. More importantly though, the output will literally make you look like a pro! 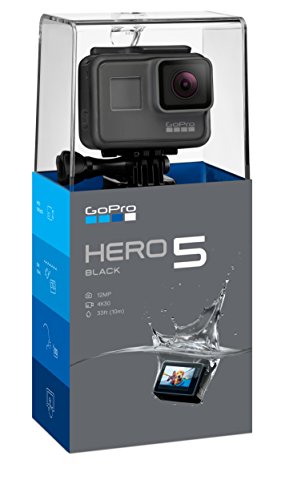 Here are the 5 reasons why I think everyone should consider a GoPro as their main camera for Kilimanjaro and indeed for all outdoor activities.

I could go on but I think this video says more than I could ever say. If this doesn’t get your heart rate up I don’t know what will!

Review bargain prices for the GoPro on Amazon.

Hi, I'm Mark! Welcome to Climb Kilimanjaro Guide - the Web's No.1 Trekking Guide to Mount Kilimanjaro. This site is your one stop shop for everything Kilimanjaro. To date over 2 million people have visited ClimbKilimanjaroGuide.com, many of which have gone on to summit Kili! I hope you find all the answers you are looking for, but if you have any questions don't hesitate to drop a comment below! Happy Trekking!