Shira Camp Kilimanjaro With A Beautiful Sunset Below 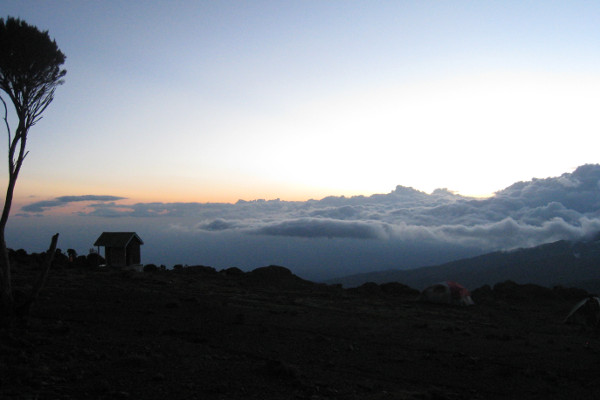 The image above shows the view from Shira Camp Kilimanjaro

Shira Camp 2 (3,847m) sits on the Eastern edge of the Shira Plateau. It is the first camp at which altitude sickness might start to be felt. It also provides stunning views across the Kilimanjaro valley below.

The hike to Shira Camp 2 is one of the most scenic on the mountain. The hike begins in the tropical rainforest and sojourns quite quickly into a shrubland setting. Some people refer to this zone on Kilimanjaro as moorland or low-alpine landscape.

You are likely to see some interesting fauna and flora. The most notable bird that you might spot as you ascend is the White Naped Raven. Don’t mistake them for crows, which are found in abundance in the local towns of Moshi and Arusha. You can tell the ravens apart as they are quite a bit bigger and have much thicker beaks.

When you reach Shira Camp Kilimanjaro you will notice a small hill just above the camp. It is worth climbing this hill as you get a great view of the valley below as well as a panoramic perspective all the way out to Shira Camp 2. You will also see the high-alpine landscape that dominates day-3.

Shira Camp 2 is the first point at which you will have a full view of Uhuru Peak. A frightening and inspiring reminder of what is to come on day 3-6.

After a night at Shira Camp Kilimanjaro the route goes from 3,800 meters to Lava Tower at 4,600 meters, where you will have lunch and then descend to Barranco Camp at 3,900 meters. This is known as climbing high, sleeping low and is critical to acclimatization.

Here are some cool pics of Shira Camp Kilimanjaro 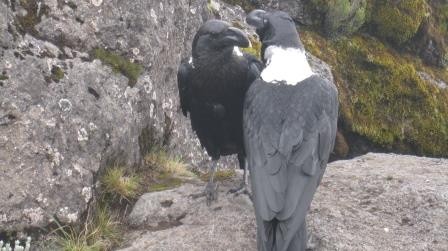 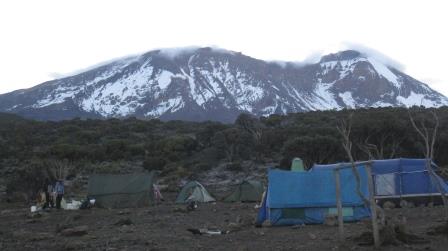 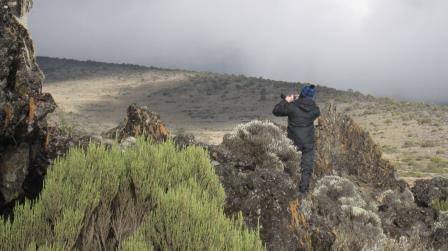 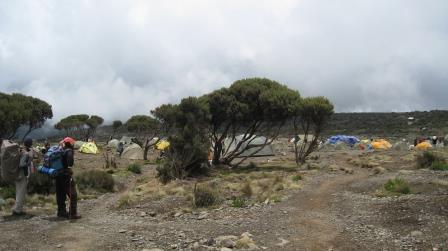 Haven’t booked your Kilimanjaro hike yet and looking for the best and most affordable Kilimanjaro Tours – click here for recommendations.

About the Author Mark Whitman

Hi, I'm Mark! Welcome to Climb Kilimanjaro Guide - the Web's No.1 Trekking Guide to Mount Kilimanjaro. This site is your one stop shop for everything Kilimanjaro. To date over 2 million people have visited ClimbKilimanjaroGuide.com, many of which have gone on to summit Kili! I hope you find all the answers you are looking for, but if you have any questions don't hesitate to drop a comment below! Happy Trekking!

Is This A Joke? Tanzania Plans To Build A Cable Car On Mount Kilimanjaro