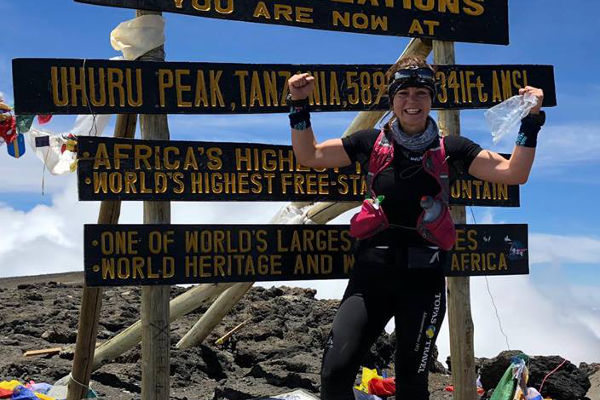 On a trek that typically takes 6 days to ascend to Uhuru Peak, the highest peak in Africa at 5,895m above sea level, followed by a 1 day descent, Kristina’s accomplishment can be regarded as truly astounding.

How did she do it?

In an interview with GearJunkie, Kristina says that coming from Denmark, where the highest peak is only 187m above sea level, made Kilimanjaro a tough challenge to prepare for.

To get her hill practices in for the record attempt she trained with lots of treadmill work on an elevation setting and spent a lot of time on the stair machine.

In addition she typically runs between 80-110km per week and added in other sports such as biking, spinning and boxing so as to give her body the stamina and adaptability that is needed to complete such a trek.

When trekking at high altitude, gradual acclimatisation is the key to ensuring a successful summit as well as to avoid experiencing conditions such as Acute Mountain Sickness (AMS) or the deadly cerebral and pulmonary edema.

This is why Kilimanjaro is generally offered as a 6 or 7 day trek.

A mere 5 days before setting her Speed Ascent record on the 23rd February 2018, Kristina summited Kilimanjaro for the first time ever on the 18th February on an acclimatisation hike that began on the 13th February. She was accompanied by Josephine Dewett (who also made an attempt at the record) and Simon Grimstrup, a guide from Topas Travel, both of whom joined her again on the record day.

Kristina shares some of the challenges that she faced on the initial trek, as well as on the record day in an article posted on her website.

During the acclimatisation hike she says she felt good for the most part on the ascent, but experienced some nausea on the descent from Uhuru to Kosovo camp and unfortunately also sprained her left foot on loose rocks whilst on a recovery trail run at Millenium camp.

Even though her foot was just bruised and not hurting, Kristina says this did force her to reassess her initial desire to attempt the double record for ascent and descent, and focus solely on the ascent record.

Her decision was affirmed on record day when she was running across uneven surfaces and loose rocks, which if stepped on incorrectly on her bruised food, could mean the end of her run.

On record day, Kristina made her ascent up Umbwe route through Mweka gate. This is the steepest and most direct route to the peak at Uhuru and therefore makes the most sense for any speed record attempts.

Statistics recorded by Kristina and given in her article show that she ran a total of 21.3km and gained altitude of 4,265m (Mweka Gate is already 1,600m up Kilimanjaro).

She mentions that by the time she reached Stella Point, her body was struggling with the thin air and lack of oxygen but by that stage she knew the summit was near and that she had the record. 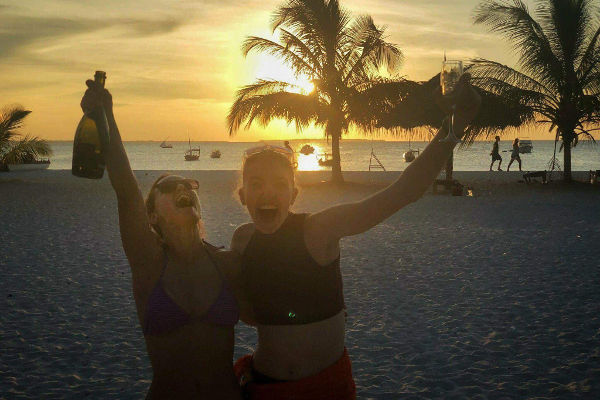 A video of an exhilarated and out of breath Kristina celebrating her victory was taken at Uhuru peak where she was joined by Simon who had been a constant source of encouragement and motivation along the way, when he caught up with her 5 or 6 minutes later.

On their way down they met Josephine who had made it as far as Stella Point but unfortunately not to the summit as she was suffering from AMS.

GearJunkie reports that Kristina’s FKT attempt raised more than $1,000 for Zara Charity to use on a project constructing buildings for a school in Ngorongoro.

About the Author Megan Firth

Highline On Kilimanjaro – A New Record!