Obesity Is No Barrier To Climbing Kilimanjaro

If you were overweight, you might consider a gym membership. 300lb Kara Richardson Whitely of Noo Joizee, on the other hand, preferred to climb Tanzania’s Mount Kilimanjaro three times, failing on only the second attempt.

She claims this is how she figured out why she had struggled with food for so long and how she could change direction in future.

She grieved that for years she was trapped in a “spiral of overeating” – eating because she felt bad and then eating more because she still felt bad. By the end of her third trek, she had lost a whole 10lbs.

Whitely was proud of this 10lbs: “My success and failure as a person is not based on a number.” She aims for small victories.

Taking her girls swimming at a public pool is one – she revealed that it takes more courage for her to don a swimsuit than to take on a mountain. And as she put it, “When it comes to being obese, sometimes just going to battle is winning.” Obesity is no barrier. 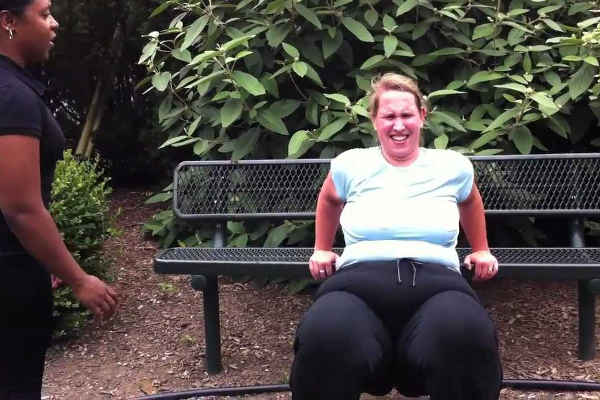 Overweight Climbing Kilimanjaro - The effect of other people

Other hikers bet against her reaching the summit. She was often asked if she was really hoping to climb Kilimanjaro. The guides leading her party were worried and she heard them joking about her one night and confronted the head honcho.

There she was, trying to be positive and healthy, and people were laughing at her – “what people go through on a daily basis if they’re plus-size.” She had had to put up with this for years, and whatever language it was in, she knew about it.

The world was against her, but obesity is no barrier.

Whitely has written a book, Gorge: My Journey Up Kilimanjaro at 300 Pounds, which details her experience and makes clear that obesity is no barrier to scaling Kilimanjaro.

It kicks off with, “I was the fattest hiker on the mountain, and I was in trouble.” Redbook magazine put it on its list of “Five Fabulous, Possibly Life-Changing Books.” Backpacker magazine called it “as inspiring as it is refreshing.” The New York Times Sunday Book Review stated that it spoke “accessibly and frankly” about her struggles with Kili and her self-image and would provide confidence to not only hesitant would-be mountaineers but those whose greatest struggle was to learn to be OK with who they were.

Whitely was graphic about the joys of climbing Kili: “One misstep and I could fall and smash my skull on a rock, my brains dripping off the sides of the narrow path. That was if cerebral edema from the high altitude or the subfreezing temperatures didn’t get me first.” She shook from exhaustion.

The book also describes Whitely’s childhood, where her parents divorced viciously, leaving her without a father, and a friend of her brother sexually assaulted her before she reached puberty. In there is the tale of how she devoured a bag of Milky Ways purchased at Amsterdam’s Schipol Airport in one go in a hotel room in Tanzania (“In that moment, between me and the candy bars, I was lost”).

Whitely is a public speaker and ambassador for the American Hiking Society. She has written for a number of magazines and appeared on Good Morning America and Oprah’s Lifeclass.