Stone Town is a UNESCO World Heritage Site and is considered to be the gateway town to Zanzibar with great weather almost all year round.

Characterised by its labyrinth of stone alleyways, ancient architecture and massive beautifully carved wooden doors, Stone Town is one of the last remaining authentic cities in Africa.

What Makes Stone Town So Special?

A multitude of holidaymakers starts their Zanzibar trip with a stay in Stone Town, the historical part of Zanzibar Town located in the western portion of the city.

The architecture and cuisine in Stone Town are influenced heavily by a mix of cultures, including Arabic, Indian, Persian and British. 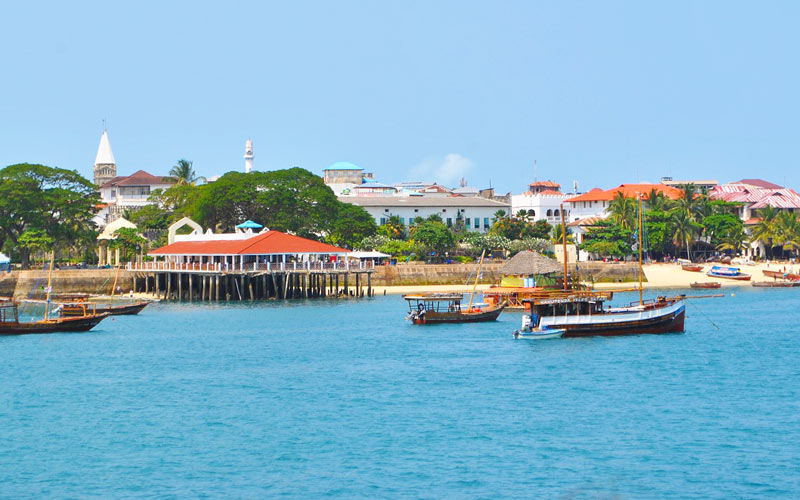 Stone Town is known for its ancient architecture and street food culture and is a major attraction for many tourists, who can relax in knowing that in addition to SwahiliEnglish is widely spoken. The town is safe for tourists and solo travellers, and locals are only too eager to help.

Let’s find out about the remarkable Stone Town and why it’s considered one of Africa’s top tourist attractions.

Find Where to Stay in Stone Town

For tourists stopping over in Stone Town, there is a wide choice of accommodation available. Marriott and Hilton hotels, and the Park Hyatt, are in the luxury resort range. 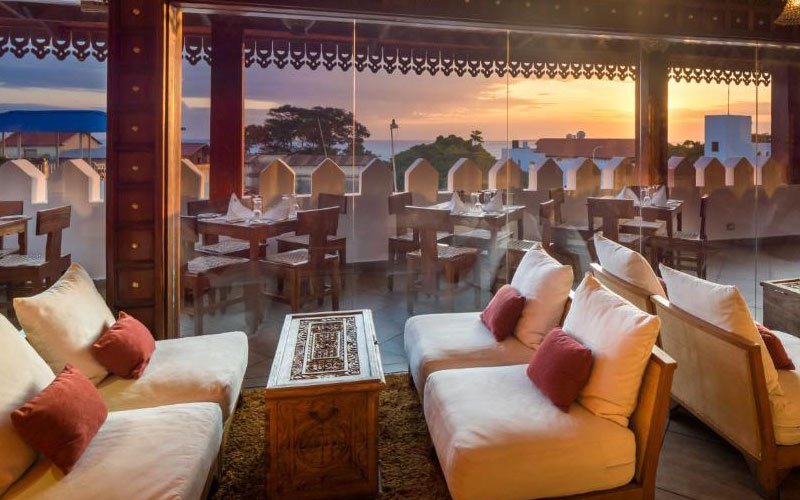 For a more authentic Swahili feel, a good idea is to stay in a traditional home that’s been converted into a boutique hotel.

A good example of this style of accommodation is the Emerson Spice or Emerson on Hurumzi hotels.

You can see a quick overview of the hotels in Stone Town in our Zanzibar Hotels’ Guide.

The best way to explore this ancient city is on foot, but with the help of a local guide. It’s quite easy to get lost in the maze of Stone Town. Although a hotel might provide a map, it’s often pointless to use and complicated. Visitors with time on their hands are encouraged to explore on their own. The town is small, and invariably visitors end up close to a Zanzibar beach, given that 3 sides of the town are surrounded by a beach. Carrying bottled water with you is recommended, given that it can get incredibly hot on the tropical island. 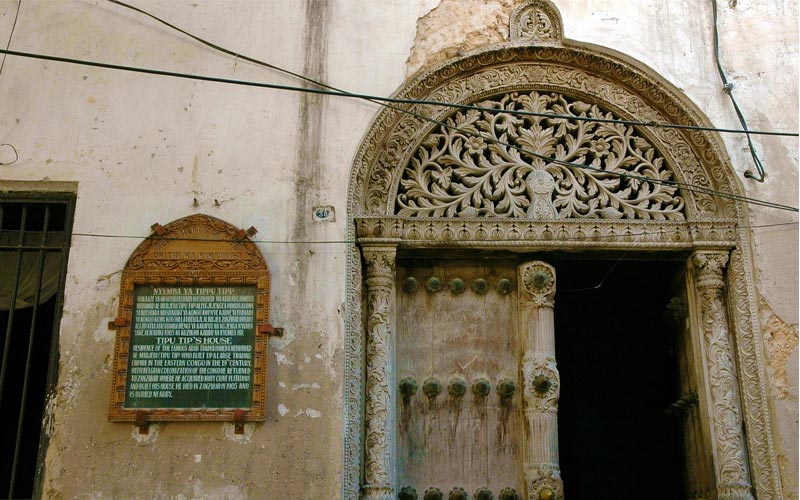 Whether discovering this section of Zanzibar City alone or with a guide, visitors will learn about the crumbling palaces, mosques, and abandoned mansions. Tuk-tuks and coffee carts line the alleyways, offering fantastic street food such as Zanzibar pizzas, barbecued corn on the cob, and octopus – a commonly served dish on Zanzibar Island.

Taking a Stone Town Spice Tour is a Must

Zanzibar is known as a spice island because of the array of spices that grow everywhere. Visitors simply cannot miss the opportunity to learn about the island’s iconic spices! 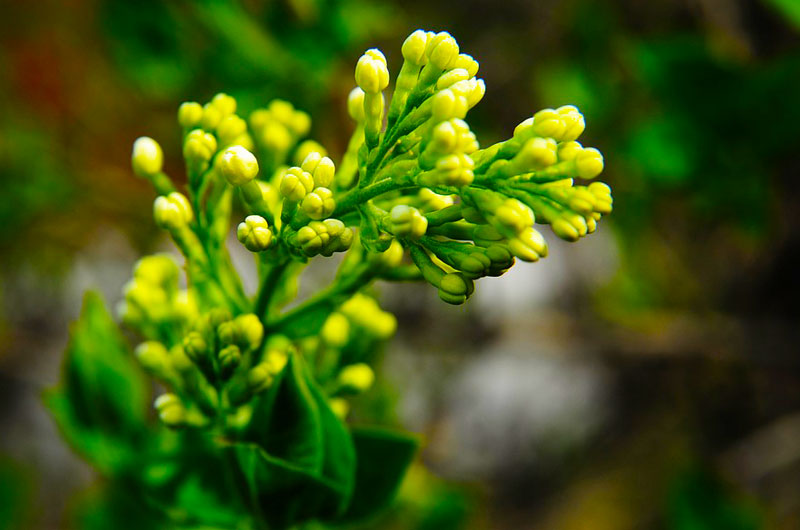 The cuisine in Zanzibar is loaded with flavour, and locals aren’t afraid to make use of the more commonly grown spices, which include: cinnamon, nutmeg, ginger, vanilla, black pepper, cardamom, lemongrass, saffron, and clove.

The best way to learn about Zanzibar’s spices is to join a spice tour. These informative tours are normally 2 – 3 hours long and journey into the various spice plantations, with a visit to a family in a local village to sample speciality dishes. Some spice tours include the option of learning to cook with a local family.

Back in the 16th century, the Portuguese were the first to introduce spices to the country, but the spice trade only began to thrive hundreds of years later when the Omanis from the Middle East arrived.

A wealth of spices added to both, sweet and savoury dishes gives Zanzibar food its unique flavours. Dishes are usually a mix of Portuguese, Middle Eastern, Indian and traditional African palates. Food is always bold and tasty.

The most famous food to try is the Zanzibar pizza, which is more like a savoury crepe. It tends to be stuffed with an egg, triangle of Happy Cow cheese, mayo, chilli sauce, onion, capsicum. Zanzibar pizzas are frequently sold on the side of the streets, in markets, and almost everywhere in the country.

Seafood is a big staple of the area and a lot of dishes have an octopus and often tuna. Another popular dish is Biryani, a rice dish with cloves, cinnamon, cumin, chilli, cardamom, ginger and nutmeg. Other dishes include chips mayai (chip omelette). As for dessert, unsurprisingly bananas in custard and homemade ice cream are most popular around here.

A popular restaurant in Stone Town that exudes the true atmosphere of Zanzibar is Lazuli, a small but popular local eatery. Not only can visitors sample local cuisine, but they can also experience the true Zanzibar way of life. The nightly food market at Forodhani Gardens is another highlight of any trip to Stone Town and has numerous vendors selling an array of local dishes. Don’t leave without at least trying the Urojo, (mango-and-tamarind soup) with the handmade chickpea fritters.

Visitors can drink alcohol in Zanzibar, and it’s widely accepted tourists drink at resorts or in hotels. Drinking isn’t commonplace, so there aren’t many bottle stores in the actual town. Many local restaurants won’t serve alcohol.

Both alcohol and food are reasonably priced in Stone Town. The cost of items in resorts and hotels tends to be more expensive than in the markets, so prices vary. An average meal costs $5,00 from street vendors, while a meal in an expensive restaurant can cost $10-$15. A price of an East African beer is usually about $2.

Stone Town is famous for its beautifully designed doors. Around every corner is heavy wooden doors with intricately carved patterns. There are estimated to be over 550 uniquely carved doors in Stone Town. Like carpets in the Middle East and window frames in Indonesia, many of the door patterns are symbolic. Each door is influenced by a different culture. 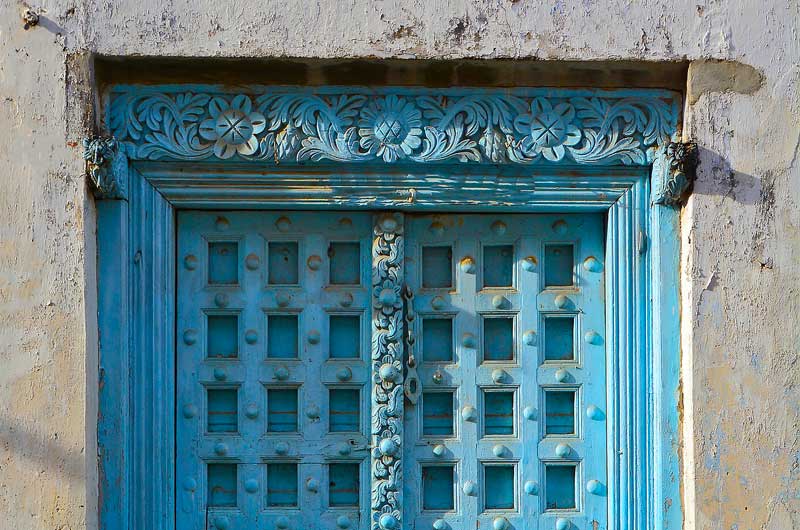 Doors created with Arabic design have detailed carvings on the door frames and a series of carvings in Arabic script. Gurajati doors have Indian artisan influences. They are easily recognised by their square shutters sunk into the doors. Indian doors typically use big brass decorations and buttons.

However, local Swahili doors are the ultimate masterpieces. They contain artistic designs such as flowers, vines and local emblems.

The Sultan’s Palace is Stone Town’s main historical building and occupies several buildings across the waterfront area. From 1828 to 1896, Sultan Seyyid Said owned the palace. It was then destroyed by the British Imperial forces and later rebuilt. The last sultan was overthrown in 1964, and the buildings began a new life as lively tourist attractions. Much of the original artwork, banqueting tables, crockery and grand thrones remained intact, whilst new features were also added to the museum.

The Slave Market is an eye-opener and was one of the world’s last remaining slave markets. This is where slaves were bought and sold, with the Sultan transporting at least 50,000 slaves through Zanzibar each year. 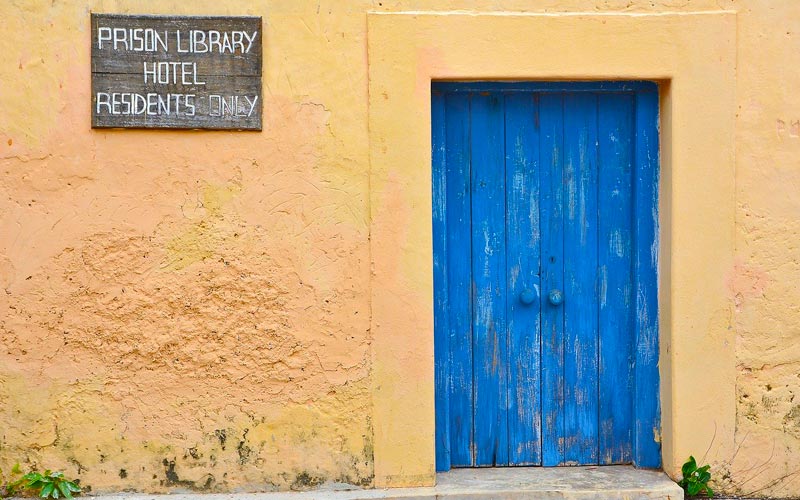 A Christ Church Cathedral was built at the site when the market was demolished by the British in 1873. At the slave market in Stone Town, there are life-size statues of chained slaves depicting the hardships of life during the slave trade.

Visit the Old Fort of Zanzibar

The Old Fort of Zanzibar is a major tourist attraction and dates back to 1699. It was built by the Omani Arabs after they ejected the Portuguese power and subsequently used as a prison in the early 19th century.

The Old Fort is now used as an amphitheatre for shows and concerts and is laden with souvenir shops and popular cafes. 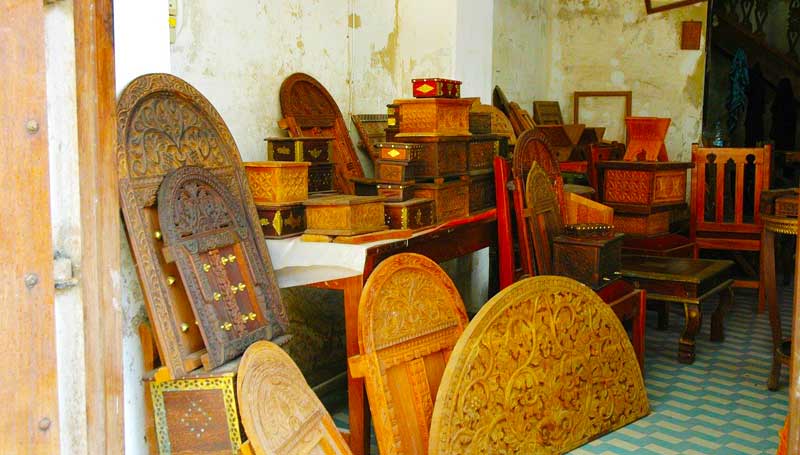