When she climbs Mount Kilimanjaro from August 7 to August 12 2015, 13-year-old Olivia Maiden of Poulton, Lancashire, will remember her sister, Florence, who died shortly after her first birthday. Olivia Maiden will be one of the youngest people ever to scale the mountain.

Olivia Maiden is some way behind the youngest, six-year-old Coltan Tanner who summited in 2018 and seven-year-old Keats Boyd who held the youngest person to summit Kilimanjaro before Coltan, but still part of the most select of bands.

Olivia's father, Dan, will accompany her, along with two guides, a cook, and as many as 10 porters. Dan Maiden previously climbed the mountain in 2011. 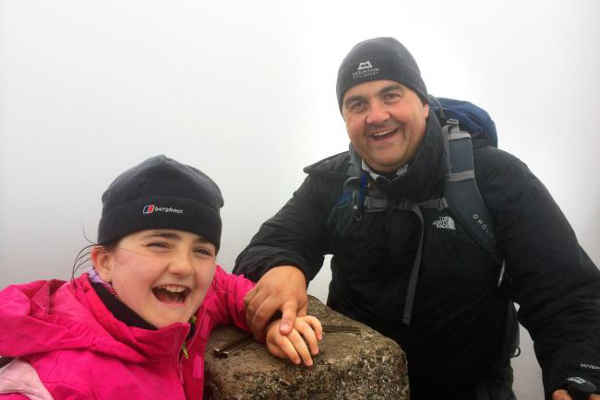 Olivia Maiden and her dad Dan on Mount Kilimanjaro.

Olivia Maiden will climb Kilimanjaro to raise money for Helen & Douglas House in Oxford, the hospice that cared for her sister and supported her family. One source of support was the hospice’s Elephant Club, which arranges fun trips for children affected by illness, such as Olivia and her brother, George.

Olivia Maiden enthused that this establishment gave Florence “the best last moments of her life, in the spa room with the jacuzzi, in the art room and many other brilliant places.… I would really like to give back to Helen & Douglas House.” More than £6,000 has been raised.

The short life of Florence Maiden - the sister of Olivia Maiden

Olivia’s sister, Florence, grew sick shortly after her birth, which doctors initially dismissed but later realised was Leigh’s Disease, a rare condition which affects the central nervous system. It causes loss of mental and movement abilities and can cause death from respiratory failure. Florence died on November 28 2008.

Olivia Maiden always knew she could do it

Olivia Maiden concedes that she is “not a natural at sport,” but she does like climbing mountains and she believes she’s somewhat determined. John Baugh, the headmaster of the Dragon School, which Olivia attends as a boarding pupil, remarked that he was not in the least surprised that Olivia will climb Kilimanjaro as she has displayed “a huge amount” of creativity and determination as she helped others and raised awareness of significant issues since arriving at the school five years ago. He added that everyone at the school is “immensely proud of her.” Olivia Maiden climbed Mount Snowdon in 2011 and Ben Nevis in 2014.

So Olivia Maiden will climb Kilimanjaro for charity, and you can help. Donations can be made online.