Budget Safari Tanzania – How To Go On A Low Cost Tanzania Safari?

I went on a budget safari in Tanzania after climbing Kilimanjaro. Enjoying a relaxing trip after our strenuous hiking expedition without paying too much money was a load off our shoulders (pun intended).

In this article, I'll give you some affordable hacks for planning a budget safari in Tanzania.

How much does a safari in Tanzania cost?

Depending on the type of package you choose, the price of a safari in Tanzania can cost anywhere from US$200 per day per person to over US$1,000 per day per person. These quoted costs include transport, camping or lodge accommodation, the majority of meals, and activities.

Most safari packages for a budget trip to Tanzania are divided into two categories:

All-inclusive camping safaris in Tanzania will cost guests about US$200 per person per day. This includes transport, tents, camping, park fees, guides, and allocated meals. It is also very much dependent on the tour operator you choose, size of the group and the destinations, which can easily be bumped up to US$500 per person per day if your budget allows.

Which tour? Here are 5 budget safari tours in Tanzania I recommend:

What drives the cost of a safari in Tanzania?

The main cost drivers for a Tanzania safari are:

Let's look at each below.

What are the national park entrance fees in Tanzania?

Many national parks in Tanzania are world-renowned and reserve the right to charge as they see fit for the experience of entering reserves.

Here are the average entrance fee costs for some of the most famous national parks in Tanzania:

The proceeds of entrance fees to national parks and game reserves all go towards maintaining those precious conservation areas as well as protecting the diverse wildlife and flora.

At this point it might be worth familiarising yourself with our user-friendly Tanzania map below. As you'll see, Tanzania has many famous national parks and game reserves where you can set your wildest budget safari fantasies loose.

I personally recommend that you visit the Northern Circuit (which consists of the Serengeti, Ngorongoro, Lake Manyara, Tarangire, Arusha and Kilimanjaro) national parks because they're the most popular safari destinations in Tanzania.

This means you'll always be able to find discounts and reduced prices by combining tours of multiple national parks and game reserves in the region with help from the best local tour operators.

Tanzania is fondly nicknamed a 'Safari Country' due to its 17 national parks and 7 game reserves.

What are the cheapest types of safaris in Tanzania?

The cheapest types of safaris in Tanzania are group safaris, camping safaris and self-drive safaris.

Travellers choosing the self-drive option will generally have to plan their own route and book their own campsites. Although there are some companies that can assist with both the rental equipment and the campsite bookings if requested. 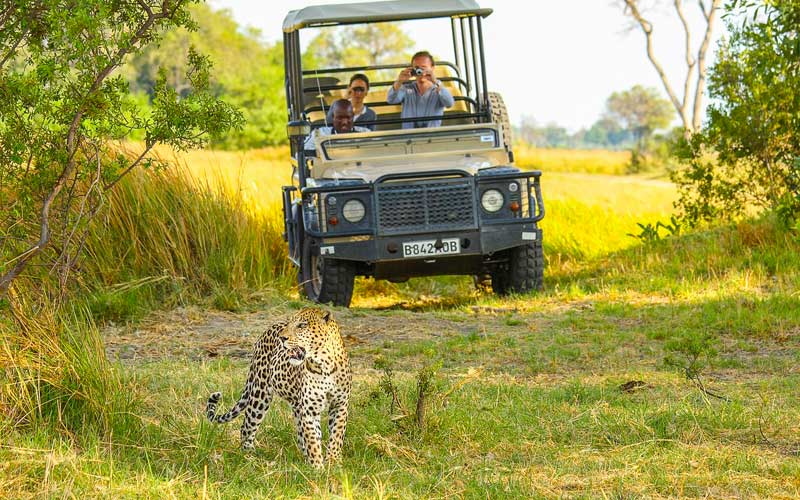 When is the most affordable time to go on safari in Tanzania?

One of the best ways to cut costs for a budget safari to Tanzania is booking for the off-peak travelling seasons. Accommodation proprietors and tour companies tend to drive their prices up during peak seasons when certain scenic areas get the most visitors.

That's why it's better to rather schedule your budget Tanzanian safari when both tourist volumes and prices are at their lowest.

When to visit Tanzania for the best rates 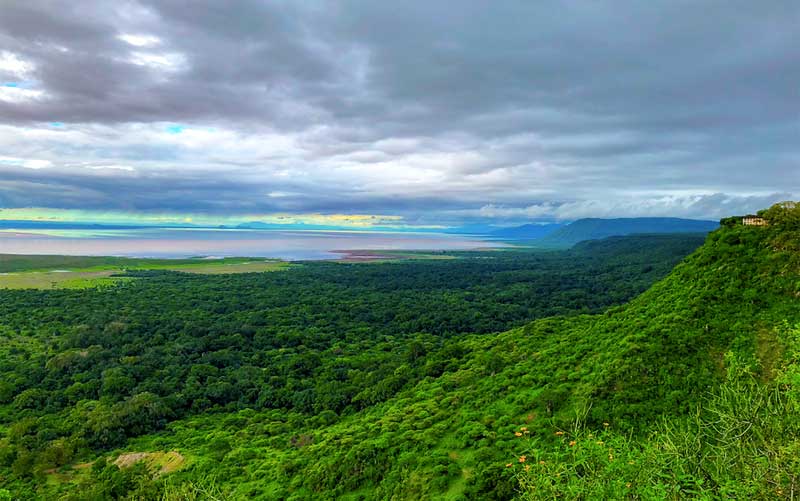 How can I cut costs by choosing a camping safari?

For those planning their own Tanzanian adventure independently, these are some of the approximate costs for accommodation:

Of the three options (camping, hostels and hotels) above, the best way to cut costs on accommodation for a budget Tanzania safari is to go camping.

Below is a complete breakdown of the most affordable safari camping options in Tanzania:

Where to stay? Here are 5 of my favourite budget accommodation options near famous national parks in Tanzania:

How much do different camp sites cost?

Some of the highly recommended sites in the northern areas include: 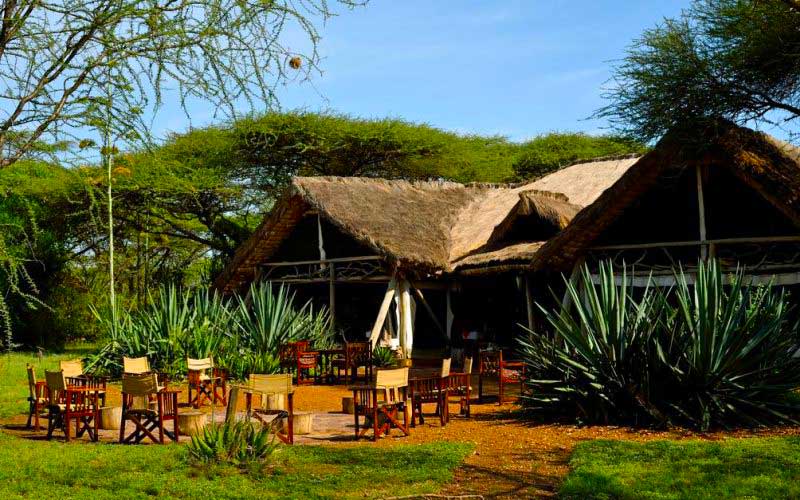 Ikoma Safari Camp in the Serengeti

The Southern Circuit, which includes the vast Selous Game Reserve and Ruaha National Park, is renowned for its utter remoteness and some parks have to be accessed by flight. Some of the highly recommended sites in the Southern areas include: 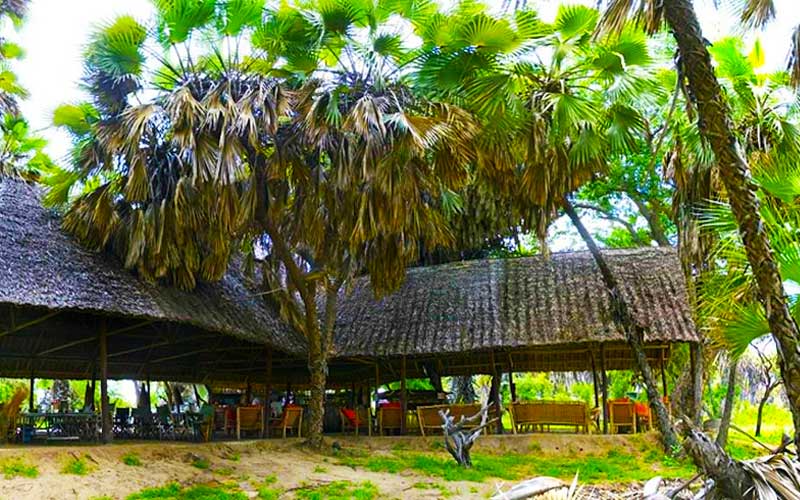 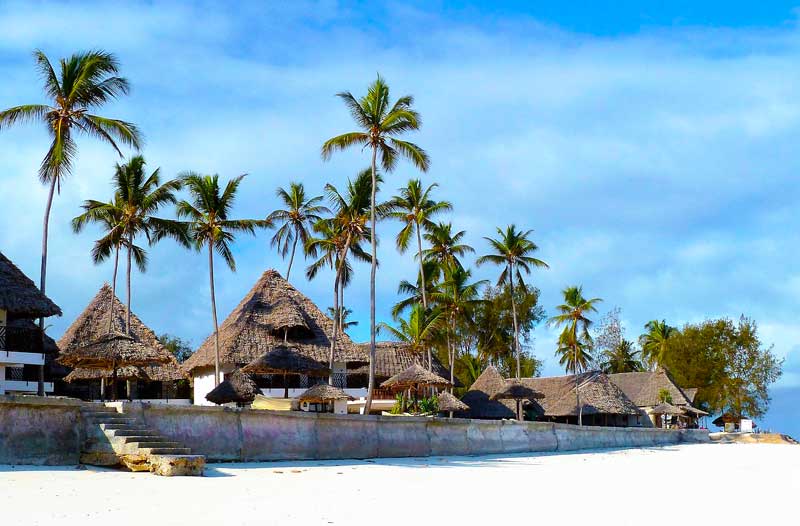 Camping Safaris with a Company

The idea of a self-navigated camping safari may be too intimidating for some due to the planning and logistics required, as well as lacking the right equipment. For most travellers, a pre-planned and guided camping tour ticks all the right boxes – although this may require a slightly bigger budget.

Camping safaris pitch camp in places tourists would never have been able to find on their own. Special campsites are bought on a bidding system by safari companies before the safari season and allow access to some of the most unique and breathtaking locations on earth.

These companies offer all-inclusive packages where all meals are provided. The staff will even set up the campsite for you, so no need to stress about pitching your tent. You will also be fully-kitted with all the necessary camping paraphernalia and only personal items such as toiletries need to be taken with you.

Where to stay? Here are 5 of my favourite budget accommodation options near famous national parks in Tanzania:

Where can I get budget lodge accommodation?

Camping is not the only way to slash costs on a Tanzanian holiday. Put in enough research and you can find yourself deals in even the most sought after areas of Tanzania.

Here are some examples:

Known for its incredible predator sightings, Ruaha is generally considered one of the more exclusive national parks. Ruaha River Lodge, however, is an economical accommodation option in the park.  It is the area’s largest and oldest camp, and the site is set in a beautiful location along a rocky river.

This park is notoriously difficult to reach, but there are budget-friendly options for getting there. Guests can opt to find a cheap ride into the reserve through one of the many boats operating on the Lake.

Home to the famous and exorbitantly expensive Greystoke Mahale, the reserve is widely thought to only be accessible to the elite. There is another option, however, that will excite budget hunters.

The government-run Mahale Mango Tree Bandas offers five well-equipped, self-catering units. These are a much cheaper alternative at roughly US$50 per person per night.

The best way to cut costs when visiting this world-renowned park is through budget-friendly accommodation. A good option is to stay in the Rift Valley Escarpment – an area referred to as Karatu. Only 20 kilometres outside of the Ngorongoro Crater, Karatu is set against the backdrop of scenic coffee plantations. The short, easy trip to the Crater from here could be worth the money saved.

Should I book onto a budget safari package?

A safari to Tanzania is also a once-in-a-lifetime experience for most, and tour companies know that travellers are willing to fork out that little bit extra for their expedition. It is wise to consider that although cheaper safari companies may be more appealing, these companies may sometimes be cutting costs by underpaying their staff.

As most people decide to choose a safari package as their preferred method of seeing the sights in Tanzania, those prices will be discussed first. A safari package is not cheap, but it often saves time and money when compared to the process of renting a car, paying park entry fees and navigating the local roads.

Transport in and around Tanzania can also be very difficult. Parks such as the Mahale Mountains Reserve, for example, require visitors to board a plane, then jump on a boat and be transported by vehicle to get to the lodges.

Pro tip: It is highly recommended to try and find a group to go on safari with. Rates are significantly reduced in larger groups, but travellers touring on their own will face much steeper prices.

How much do safari activities cost in Tanzania?

From hiking Kilimanjaro and going on Big Five safaris to lazing around on some of the world’s best beaches – Tanzania’s list of activities are tantalising.

Listed below are estimate costs of just some of the activities available: 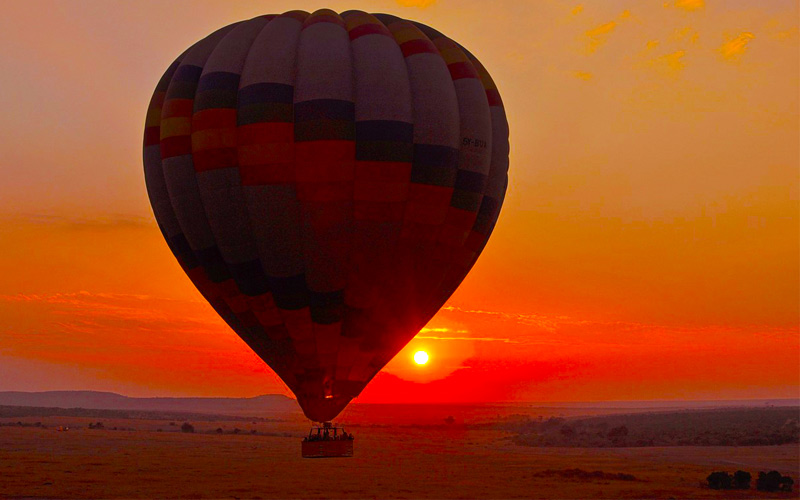 Get a quote from our recommended       local operator

What offer costs do I need to consider for a Tanzania safari?

If you choose not to go with the all-inclusive safari option, then there are multiple affordable ways of getting around in Tanzania, providing you are up for a bit of an adventure:

Cost of Food in Tanzania

Just because you're cutting costs on your budget Tanzania safari doesn't mean that you have to starve yourself during your trip.

Tanzania boasts multiple markets with fresh fruit and vegetables at low costs. The local cuisine is generally a lot cheaper than the Western food options and can be found on street corners or in small restaurants. A local dish will only set you back between US$1 to US$3.

The restaurants and hotels in Tanzania offer more Western food options, charging a significant amount more than the vendors selling the local food. Expect to pay US$15 to US$20 per person for a typical Western meal. 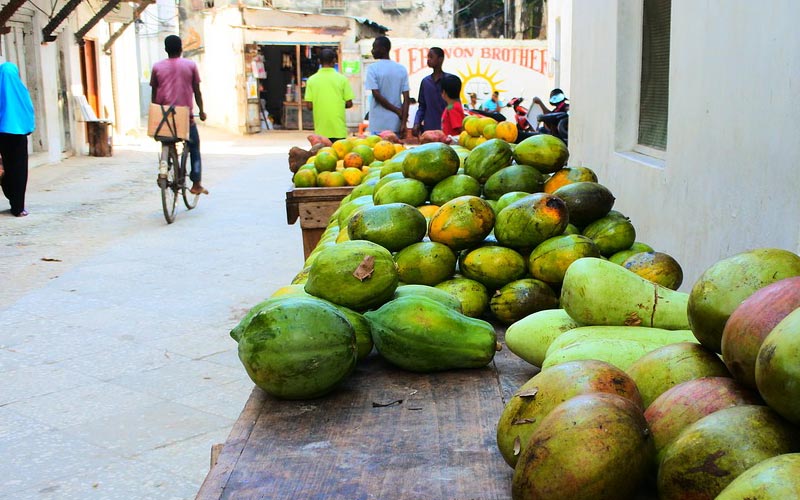 Before heading off on your epic Tanzanian budget safari, it's important to know what currency you can use as spending money during your travels.

The Tanzanian Shilling is the local currency and is a closed currency, meaning it is not possible to find it outside Tanzania. All money must be transferred into TS on arrival in Tanzania, with US Dollars, Euros and GBP being the easiest to transfer. US Dollars can be used to pay for big-ticket items such as accommodation, but travellers will need Tanzanian Shillings when buying food and drinks.

Pro tip: It is customary to tip your guide after a guided safari, so add around US$15 to US$25 extra per day for these costs.

Single entry visas for most nationalities cost around US$50, but Americans will pay US$100. Travellers should first make sure that they actually need a visa as some countries are exempt from needing a visa for Tanzania.

See our guides to visas and vaccines for Tanzania.

And that's how it's done with finding the perfect budget Tanzania safari for you and your crew! You can officially crown yourself the budget safari king or queen and start planning your most affordable trip yet.